If you're on Java 8, you might be thinking should we migrate the projects from Java 8 to Java 9 or 10?

It doesn’t worth the effort. It’s better if you migrate your projects directly to Java 11 which is an LTS version.

Java 9 and Java 10 are non-LTS versions.

“For product releases after Java SE 8, Oracle will designate a release, every three years, as a Long-Term-Support (LTS) release. Java SE 11 (18.9 LTS) is an LTS release. For the purposes of Oracle Premier Support, non‑LTS releases are considered a cumulative set of implementation enhancements of the most recent LTS release. Once a new feature release is made available, any previous non‑LTS release will be considered superseded. For example, Java SE 9 was a non‑LTS release and immediately superseded by Java SE 10 (also non‑LTS), Java SE 10 in turn is immediately superseded by Java SE 11. Java SE 11 however is an LTS release, and therefore Oracle Customers will receive Oracle Premier Support and periodic update releases, even after Java SE 12 is released.”

For long-term support, Oracle is recommending remaining on Java 8 or move to Java 11.  Refer to the following:
https://www.oracle.com/technetwork/java/eol-135779.html

To select a single line of code, we can just click on the line number to highlight the line. That provides the url with a single line code selection.

Posted by Kondal at 9:21 PM No comments:

Which one to use OpenJDK or OracleJDK?

With Java 11 release, there is no difference between OpenJDK and OracleJDK. All the features and licenses are exactly the same. Oracle has moved the Java license from BCL to GPL2 (+ ClassPath Exception ) license which is the same license used by OpenJDK as well.

Broadly, I can categorize them based on my understanding:


When to use what?

Now with Java 11 - features, licenses and release cycle dates everything is same! 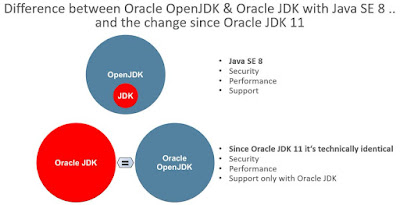 Posted by Kondal at 2:28 AM No comments:

How to run a sprint retrospective

This is a very nice post on how to run a sprint retrospective meeting
https://thedigitalprojectmanager.com/how-run-sprint-retrospective/ 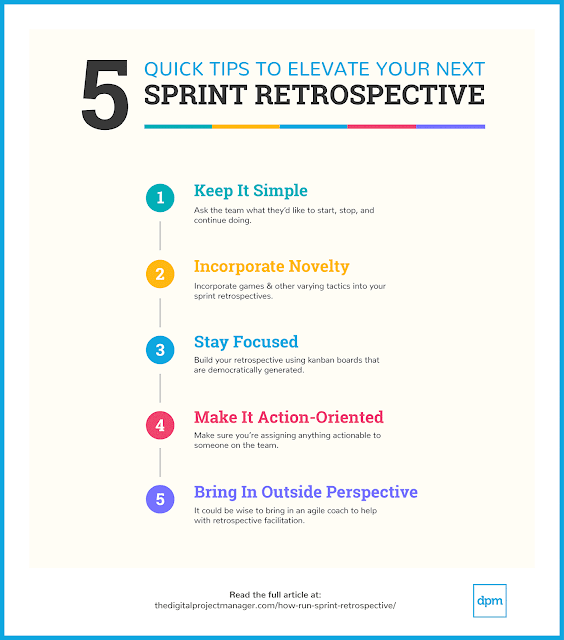 
Here is something new which I found. Probably, industry will align with these standards sooner or later.
https://www.conventionalcommits.org

The commit contains the following structural elements, to communicate intent to the consumers of your library:
Posted by Kondal at 8:39 PM No comments: